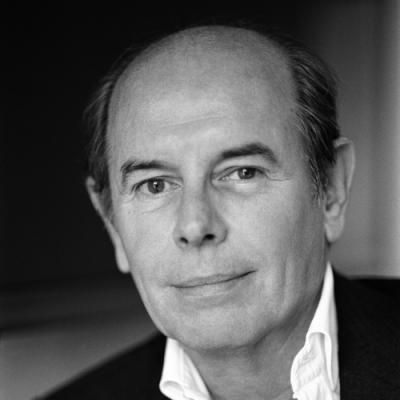 Chanel is a luxury house emblematic of our French know-how. Today, its business sectors are numerous and range from Haute Couture to fashion, including jewelry, watchmaking, skincare, make-up and even perfumes.

Also, the Chanel perfumery has many best-sellers in its catalog. If several perfumers have followed one another for the development of these, Jacques Polge has become an essential element of the house of Chanel and can boast of having created many masterpieces of our contemporary perfumery.

The fabulous career of Jacques Polge

Jacques Polge is a French perfumer born in June 1943 in Lagnes, in the Vaucluse. He was the creator of aromas at Givaudan Roure before joining the Chanel house in 1978. This careerist at heart very quickly turned to this brand in order to gain worldwide renown. Indeed, at that time, Chanel was already recognized all over the planet, in particular thanks to the success of its emblematic Chanel N ° 5. When he joined the brand, Jacques Polge succeeded Henri Robert, creator of perfumes N ° 19 and Cristalle. He then had the heavy task of perpetuating the legacy of his predecessors and keeping Chanel perfumes at the highest level of their notoriety. Also, if we are to believe the fate of her many creations as well as her longevity in this position at Chanel, it seems that Jacques Polge has succeeded in his bet brilliantly. Very quickly, several of its juices ranked among the best-selling fragrances on the planet. What’s more, he has succeeded in perpetuating the elegance and identity of the brand founded by Gabriel Chanel while adding his personal touch.

Jacques Polge can boast of having given a facelift and modernity to Chanel. In addition, he did not hesitate to develop daring blends and to pave the way for innovative trends in terms of perfumery. What’s more, he got off to a flying start by developing a very first juice now known to all: Coco. It was a tribute to Gabrielle Chanel, founder of the brand and nicknamed as such. This oriental essence has today become timeless and has been followed by many other bestsellers. Thus, Jacques Polge is notably the father of Allure perfumes and its numerous derivatives (Allure Homme Sport for example), Bleu de Chanel or Coco Mademoiselle. Likewise, he did not hesitate to rework old creations from Chanel and thus developed, among other things,

Nevertheless, after this immense career crowned with glory, Jacques Polge decided to retire. Since 2013, he has given way to his son, Olivier Polge. He seems to have an innate talent in the field of perfumery. Far from being there only thanks to its name, it is already recognized for its know-how by all of its peers. For example, know that we owe him the recent, but already legendary, La Vie Est Belle by Lancôme. Jacques Polge’s succession therefore seems to be assured!

No products were found matching your selection.